How Centrifugal Concentrators Changed What It Means To Recover Fine Gold 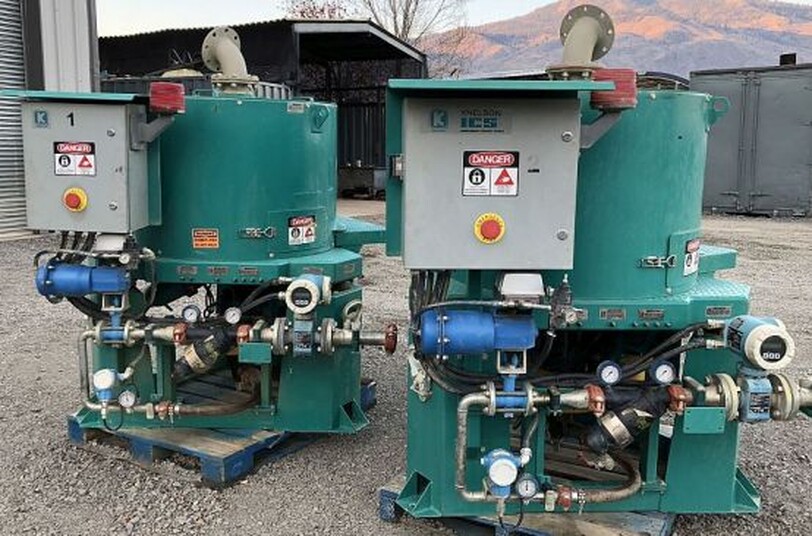 Gold centrifugal concentrators have been developed over the past century and allow for mining operations to trap a higher percentage of the fine gold and other precious metals in black sands that used to disappear into tailing ponds. Along with the higher yields, operations are now able to run for extended periods of time because of the advancement in automation equipment allowing for run times of 8 hours up to 24 hour cycles. There has also been larger concentrator bowls developed increasing production capacity to thousands of tons per day. These advances have made significant impacts in many areas that are being mined in Northern Canada and Alaska that have short seasons because of permafrost and short snowless periods. In areas with high gold recovery rates the black sands produced are able to be directly processed over a gold separation table.

There have been three standouts for centrifugal gold concentrators since the 1900’s. What is known today as the Falcon Concentrator has been developed over time from the smooth walled Falcon “B-Bowl and MacNicol bowl that originated in Australia. While the technology was available under patent since the 1930’s, for the most part no commercialization took place until the patent expired in 1982.

In the 1960’s Byron Knelson settled down in British Columbia, and while running his excavating company he watched as alluvial gold miners in the Yukon Territory used sluice boxes to recover course gold while most of the fine gold would end up in tailings ponds. This set him on a course to invent the Knelson Concentrator that would go on to change how placer mining operations are designed worldwide.

Centrifugal gold concentrators operate using G-forces which allow for separation of the heavier particulate including fine gold and other metals. When material is introduced to the bowl from 50 up to 600 G’s the gravitational field allows for recovery of fines that are 3 microns small. The main feature of the concentrator is the bowl itself that has been designed over the years for increased recovery rates. Specially designed ribs inside the cone trap heavy particles which are then discharged through the concentrate discharge, while all the lighter material is discharged through the tailings discharge. Inside the bowl there are fluidization holes for water feed at the start of the process. In the middle of the cone a stationary feed tube introduces the slurry material at the bottom of the cone which is then forced upward and outward. In a Knelson Concentrator the entire process “concentration cycle” will be completed in about one minute after each rib in the cone is filled with heavier concentrate. Large bowls with surface areas up to 3.37 m2 process the highest quantities of materials. Now with the latest innovations in gold concentrators the process of feeding, discharging the concentrates and tailings, and re-starting the feed again can all be automated.

Based on size and application the concentrator will be used in, different material feed and discharge options are used. In flow sheets provided by Knelson Concentrators they give the examples of a “Conventional Grinding Circuit” or the “Extreme Gravity Circuit”.

In the conventional circuit a Semi-Continuous Concentrator is fed by material after it is processed through a screen and the concentrate material is discharged into either a Acacia Reactor or Gold Concentrating Table.

Following are examples of the wide range in size from the top Centrifugal Concentrator manufacturers in the world.

Where Are they Now?

Knelson Concentrators are also sold under the original name and after the passing of Byron Knelson, the founder, FLSmidth purchased the company in 2011 and continues on his legacy.

Hy-G Concentrators are now manufactured and distributed exclusively through Savona Equipment Ltd. These units are ever popular with placer miners due to the design that collects high grade concentrates.

If you are interested, have any questions, or you would like to get more information on any of the following information provided for Gold Concentrating & Refining Equipment, please contact.